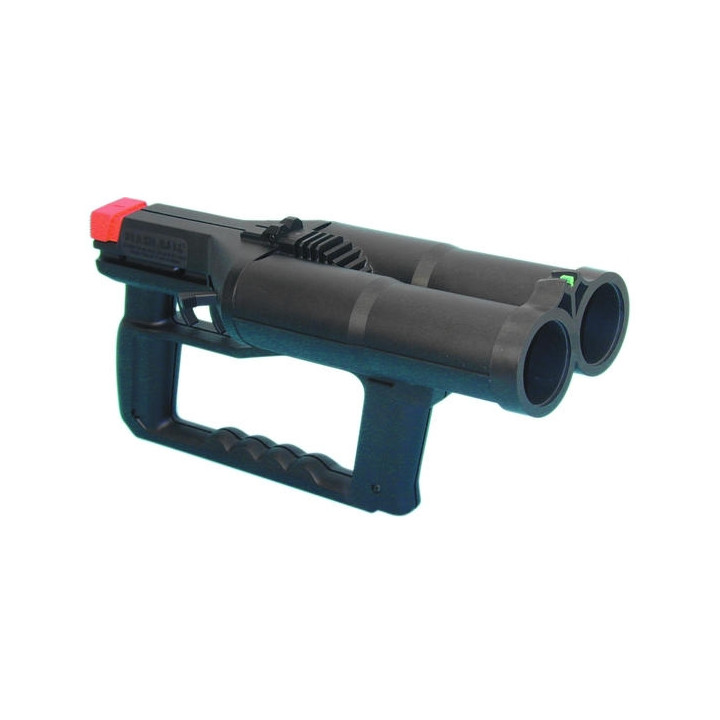 Dimension 350x110x175mm . Weight 1.365Kg
THE REVOLUTIONARY DEFENSE WEAPON Designed and produced in france, the Flash-Ball generates the stopping power of a .38 Special. By virtue of projectiles studied to avoid, even at extremely short distances, penetrating a normally clothed person, the Flash-Ball provokes on impact the equivalent of a technical KO. The opponent is then disabled. This major advantage has been observed by security professionals as the Flash-Ball officially equips a large number of administrative agencies. With a dissuasive look and detonation, able to be immediately engaged and with a single or double barrels, the Flash-Ball is light and robust and is adaptable to all situations. Available in several versions, it can be fitted with a wide range of ammunition and accessories, thus making it an impressive and effective intelligent weapon.The Flash-Ball is used in France by several special units of the Police : B.A.C. (Brigades Anti-Criminalité) G.I.P.N. (Groupes d'Intervention de la Police Nationale) R.A.I.D. (Recherche Assistance Intervention Dissuasion) It is also used by several other law enforcement and police forces in the World, who appreciate its maneuverability, its ergonomics, the fire power of its 2 barrels as well as its very deterrent appearance. SOFT RUBBER BALL. The stopping power of the 28 g soft rubber ball (200 joules at 2.5 meters) is equivalent to that of a 38 Special and achieves the same effect as the punch of a champion boxer. On impact the ball crushes and releases its power over an area of approximately 35 cm2. For short distance use (at 12 meters, impact pattern is 30 cm). 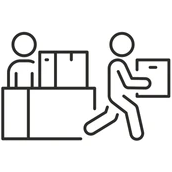